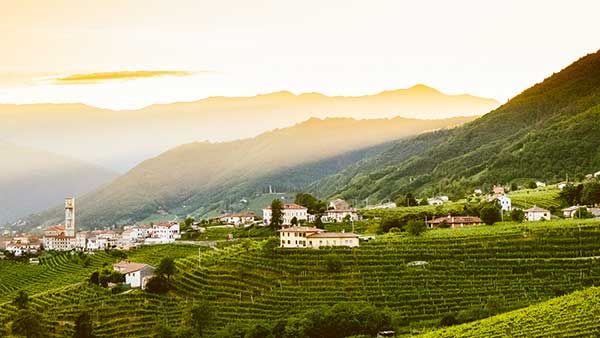 The Veneto region is known for producing a range of wines – white, red and sparkling that match it’s geographical diversity.  Two wines for which the Veneto Region is widely known are Amarone, an intense red and Prosecco, a classic Italian white sparkling wine.

The Veneto region is in the northeastern part of Italy. It’s described in the Frommer’s travel guide as “one of Europe’s treasure troves.” Cities in the area include the alluring city of Venice and the art cities of Verona and Padua.

Venice is the area’s capital and is famous for its canals. Medieval Verona is known as the background for Shakespeare’s “Romeo & Juliet”.

Visitors will find the Cappella degli Scrovegni, a chapel built in 1303 in Padua. This city is one of the oldest cities in the country. It is the home of Italy’s second oldest university and has a lively university atmosphere with piazzas, cafes and bars.

The area is one of the most visited parts of Italy. It is filled with art cities, mountains, villas and of course wine. 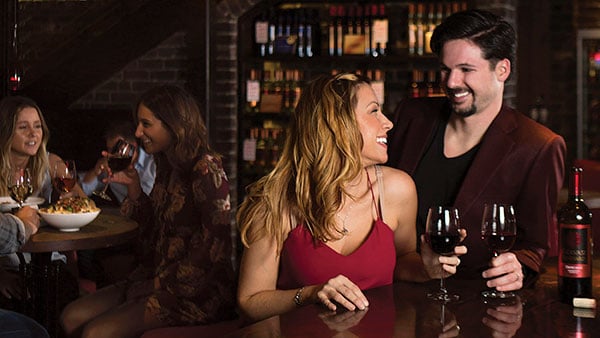 It’s importance as a wine region has partly to do with the volume of Pinot Grigio it produces, and the demanding growth for Prosecco. Other significant wines from the region, include Valpolicella, Amarone, Soave and Bardolino.

Food is another signature of the Veneto area. You’ll find dishes made of fresh vegetables, skewered game and pork meat, pasta, cheeses, desserts and the rich and hearty street foods and finger foods such as tapas.

This stop on The Italian Wine Tour at Gervasi includes two of the popular wines from Veneto– Amarone and Prosecco. 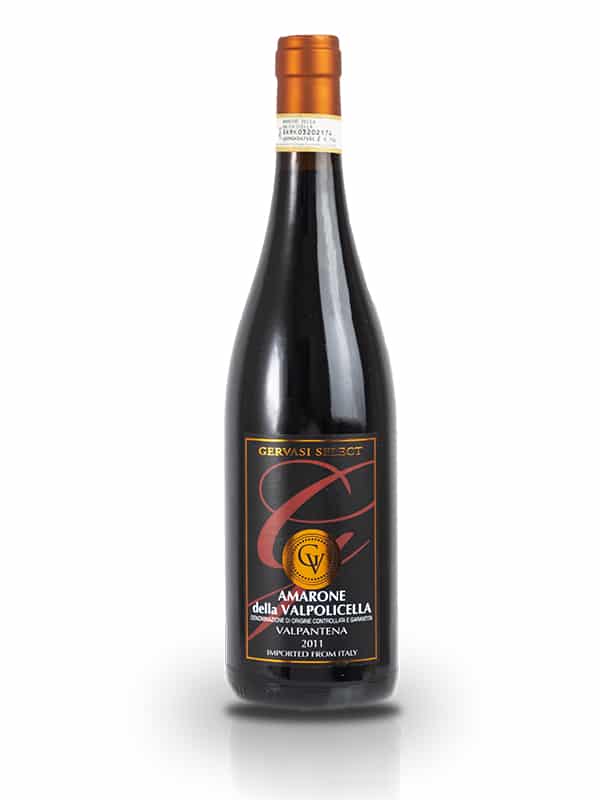 Amarone is vinted with the “appassimento” style of drying grapes credited to the Romans.

It is a lush, full-bodied, almost port-like red from the Valpolicella Region just north of Verona. It’s made from among the same grapes as Valpolicella (corvina, rondinella and molinara), but specially hand-selected and dried, which gives the final wine a sensation of sweetness.  Amarone reaches alcohol over 15 % and is known for it rich powerful flavors.

Gervai’s Amarone is produced by a close third generation wine making family that has perfectly integrated control over the vineyards and winemaking.  Only the best hand selected grapes are used in GV’s Amarone which invigorates the senses with provocative aromas of cherry preserves, black liquorice and rounded sensations with a refined tannin structure.

Enjoy Amarone with braised game, grilled meats, and aged cheeses. In addition, Amarone can be rewarding as cocktail wine especially at the conclusion of a meal.

Prosecco is vinted from the Glera grape.   The secondary fermentation where the bubbles are created is accomplished using the Charmat or “tank” sparkling method.  This method preserves freshness and produces wines with fruity aromas and flavors.

Gervasi’s Prosecco is produced by a small family operation specializing in prosecco production.

“With its “extra dry” profile, our Prosecco has a softer approach on the pallet and delivers tones of apples, pears, citrus and a touch of blossom,” said Codispoti.

It is best served chilled in a tall, slender glass. Prosecco is a versatile wine that works well for parties, events and nights out because it has bubbles and is often more affordable than champagne style sparkling wines.

Some wine experts recommend drinking Prosecco before or even after dinner because of its versatility and refreshing, cleansing nature.

Enjoy Prosecco as an aperitif with any meal, or pair with light salads, grilled and marinated vegetables and mild seafood and poultry dishes.

Enjoy with the Jumbo Shrimp Cocktail with house made Cocktail Sauce, Horseradish and Lemon Aioli at The Still House. 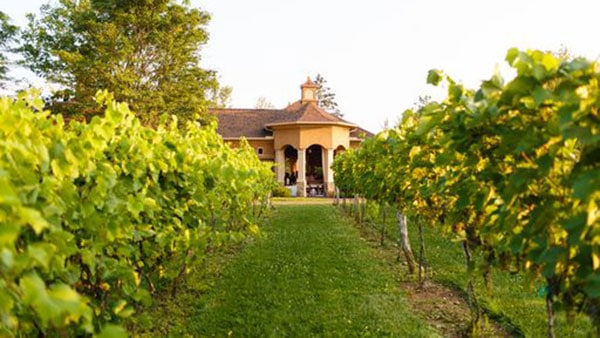 The best way to get to know either of these great wines is to try them at one of Gervasi Vineyard’s restaurants, The Bistro, The Piazza, The Still House or The Crush House. You may also have select varietals of Gervasi’s Italian Wines delivered to your room while staying at The Casa or in one of The Villas or in The Farmhouse.

Up next on the tour are the Gervasi Wines from the northern to the southern regions.