Gervasi Spirits – The Manifestation of the Moscow Mule 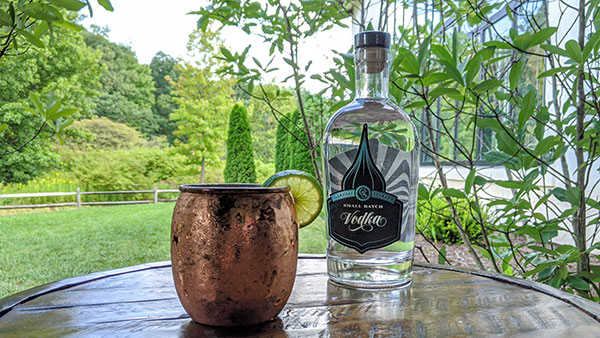 Many classic cocktails around the world are products of inspiration and grass-roots popularity growth. The Moscow Mule is not one of those cocktails.  Instead, it was designed intentionally to fix a problem and then paired with good marketing.  When it was created in the 1941, this drink was created to “fix” the lack-luster sales of vodka, ginger beer, and copper mugs.

Starting in the 1930’s, the Smirnoff Vodka brand was purchased by G.F. Heublein Brothers Inc. for production and distribution in the US.  Unfortunately, even by 1941, vodka was still very unpopular with Americans, who instead preferred whiskey and gin.

At the same time, Jack Morgan’s Cock n’ Bull Ginger Beer wasn’t showing much success with American palettes either. This is where an enthusiastic entrepreneur, Sophie Berezinski, made her mark.  Having emigrated from Russia while in possession of 2,000 copper mugs she designed herself, Sophie needed a way to market and sell her inventory.

The owners of these three products met accidently at the Cock n’ Bull pub in 1941.  What happened next was a master stroke in product promotion.  After the drink was invented, John Martin (president of G.F. Heublein Brothers Inc.) traveled the country promoting Smirnoff Vodka.  He did so by stopping at a bar, requesting the bartender make a Moscow Mule, and then pose for a photo with one of the copper mugs.

John would then go to the next bar and use the previous photo as “proof” of the drink’s popularity.  Bar after bar, across the United States, Martin eventually built an impressive collection of photo opportunities, and practically crafted the Moscow Mule’s success by hand.

Over time the mugs have changed, flavors have been played with, and the Moscow Mule has created its own subculture of variety.  And with its rise, so too has it continued to achieve its original purpose: make vodka popular. 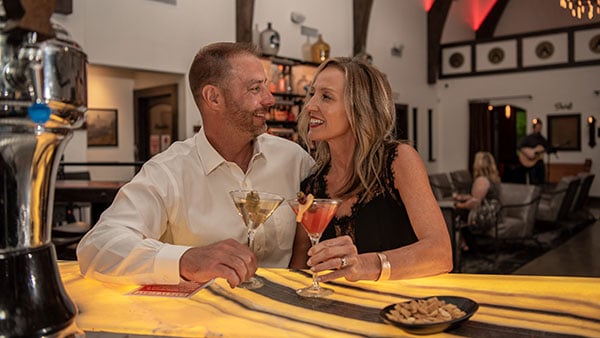 Vodka has continued to grow in popularity and is made locally at The Still House at Gervasi Vineyard where the boutique distillery is housed. Gervasi Spirits Small Batch Vodka is made using both the distillery’s pot stills and column stills, for added purification to ensure a high quality spirit.

According to Andrew Codispoti, Director of Winemaking and Distilling Operations for GV Destinations, “When we sought to produce a Gervasi vodka, we understood that its broad usage can range from leading role to co-star. So, we wanted our vodka to be well suited in cocktails but be equally pleasurable in its raw form.”

“With that goal in mind, we set process standards to deliver both purity and pleasurable characteristics, a vodka that would be reminiscent of the icons but yet distinctly Gervasi.  Mindful attention by skillful hands have accomplished just that,” said Codispoti. 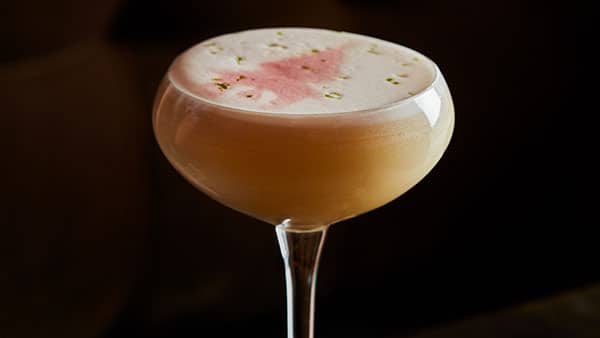 The Spire of Temperance

Gervasi Small Batch Vodka is staged for your drinking pleasure at The Still House at Gervasi Vineyard in classic cocktails, including the Moscow Mule, and several contemporary libations:

GS Vodka Martini with Sautéed Mussels from The Bistro

Gervasi Spirits are inspired by the Gervasi brand promise to develop new endeavors and products that people will enjoy as much as the vineyard and the wines. A total of six spirits were initially released with the opening of the distillery in 2018: Wine Barrel Bourbon, Wheated Bourbon, Small Batch Gin, Blood Orange Gin, Rosé vodka and Small Batch Vodka. 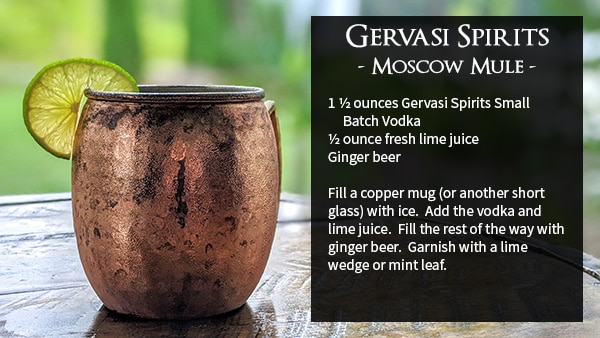