Gervasi Spirits – The Gimlet: How Gin as Medicine Made it Mainstream 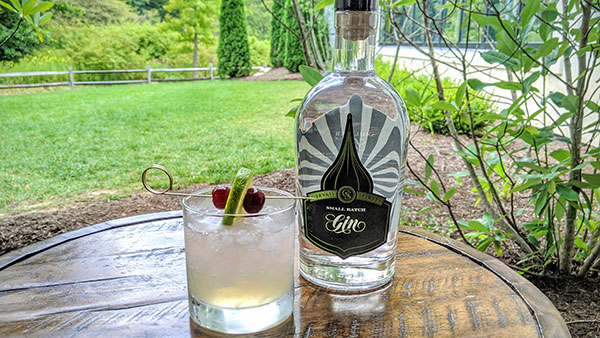 Just like the Moscow Mule, sometimes cocktails are created to solve a problem rather than inspired by creativity or passion. There’s a saying that “necessity is the mother of invention”.  This is exactly the case for a cocktail that became known as the Gimlet.

From the 1700’s until World War II, the British Royal Navy was the world’s strongest sea power. It was a massive fleet that spanned the globe with no real competitor for dominance.  Maintaining a force this large brought about some unique challenges, one of which was a disease brought on by a Vitamin C deficiency called “scurvy”.

It was discovered that scurvy could be treated, and prevented, by citrus fruits. The novel answer to this challenge was to preserve lime juice by sweetening it (which later became Rose’s Lime Cordial) and keeping it on ships to be passed out as medicine. This concoction had a sweet and bitter taste that was difficult for some to take. To appease the mases, it was necessary to make the drink more palatable to ensure sailors stayed healthy.

Surgeon Admiral Sir Thomas Gimlette proposed that the best way to increase lime juice consumption was to add gin. At the time (somewhere in the mid-late 1800’s) every officer in the Royal Navy regularly received gin rations.  During treatments and prevention, Surgeon Admiral Gimlette would convince these officers to mix their lime juice and gin in equal parts to make everything easier to drink.  Word got around the Navy of how wonderfully the two mixed, and a classic combination was born, known as the Gimlet.

Over time, as people started to drink Gimlets socially instead of medically the lime ratio was lowered slightly, they began stirring it with ice, and using fresher lime juice. As even more time passed, the gin itself started to change too. Originally, gin was a very juniper-heavy and dry spirit. Eventually people started expanding the possible ranges of flavor profiles with other focuses of coriander, lemon, herbs, as well as others.

Gin is made of grain-based alcohol that is filtered through multiple distillations to reach a higher proof. Traditionally, juniper has been the platform to which things such as clove, orris root, coriander, orange peel, cucumber, ginger and many more were blended to add complexity and balance. Spices are often thrown directly into the pot where they steep allowing the alcohol to extract flavor. The ingredients can also be added to a gin basket which allows the alcohol vapors to penetrate and bring out flavors of more delicate botanicals. Master distillers search for a blend of fruity, herbal, spice, bitter, floral notes all working together in a glass to bring new experiences to the palate. 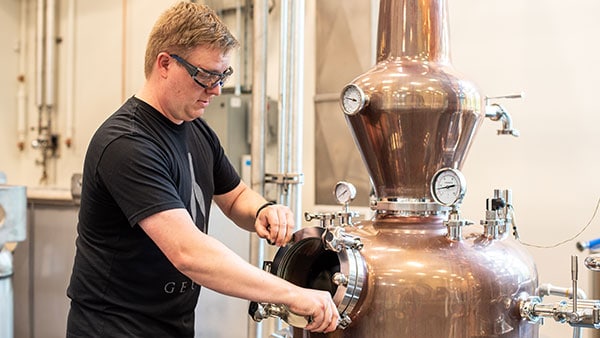 Gervasi Spirits’ approach to the world of gin is pivoted around a respect for the traditional characteristics of classically produced gins, but with a spotlight on citrus infusions. Experimental tinctures are used to test a variety of botanical ingredients in advance of actual production. The result is a Small Batch Gin, produced in very limited quantities.

According to Shae Pridemore, head distiller for Gervasi Spirits, “Our first goal was to understand the contribution of each ingredient as a standalone infusion before considering its role in the formula.  We selected only the ingredients that we felt would help develop the classical structure needed, but also deliver the perfect level of citrus character in harmony with the classical tones.”

The Still House at Gervasi Vineyard is a boutique distillery featuring two copper stills (large batch and small batch) in a modern day, state-of-the-art distillery designed for an annual capacity of 25,000 bottles. The small batch still, typically used for gin, was sourced from Asia with special features and automation specifically adapted for Gervasi Spirits. The intent of the adaptation is to allow the distillery team the ability to experiment and replicate the process of the large production as closely as possible. 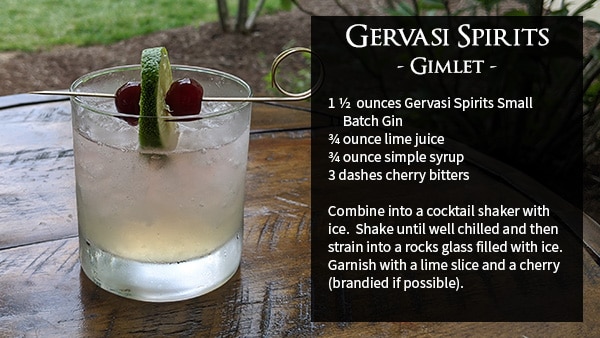 Gervasi Spirits are inspired by GV Destinations’ promise to develop new endeavors and products that people will enjoy as much as the vineyard and wines. From classic cocktails to modern-day flavor combinations, there’s something for every palate. Visit The Still House to experience Gervasi’s unique bourbons, vodkas, and gins.