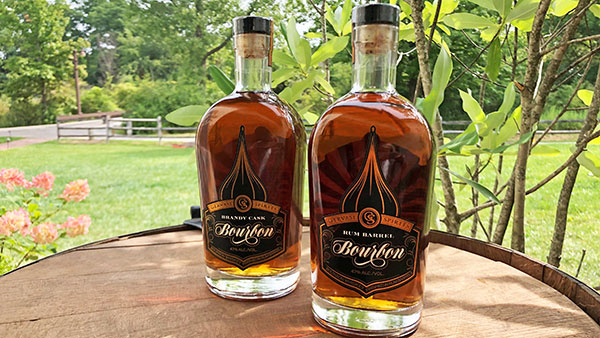 Bourbon is a type of whiskey. But where does the name “bourbon” actually come from?  It’s simple really.  In the early 1800s when whiskey was shipped down the Mississippi River, it was referred to as “whiskey from Bourbon,” meaning Bourbon County. In 1821, it was first advertised as “bourbon whiskey,” and within 20 years, bourbon was the household name for American corn whiskey. If you have been following this blog series, you might recall that to be legally called a bourbon, the spirit must be made in the United States and follow a very specific mash (recipe) consisting of at least 51% corn. Typically, the corn is within the 70% range, and the rest consists of a mix of barley, wheat and rye.

The spirit must be aged for a minimum of two years to earn its status as a straight bourbon. Though there is no age requirement for a traditional bourbon.  The bourbon can then be enhanced by adding unique distinctive characteristics to give it complexity and depth. Gervasi Spirits Wine Barrel Bourbon is finished in one of Gervasi’s famous red wine barrels, which make it a truly unique libation. 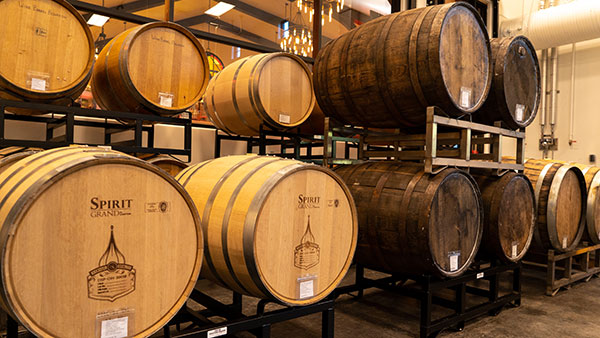 According to Andrew Codispoti, Director of Winemaking & Distilling Operations for Gervasi Vineyard, “Since opening The Still House and distillery in 2018 and releasing our craft products, we have seen an affinity in our customers for new experiences.   Building on the unparalleled popularity of bourbon, we elected to further broaden our offerings in this category to meet this increasing demand.”

The goal for the distillery team was to create distinctive products while honoring the traditional expectations for bourbon. Leveraging the merits of and merging the legacy of spirits such as rum and cognac in their aging barrels, Codispoti saw an opportunity to create a “marriage” between bourbon and the legacy innuendos of rum and cognac as gleaned from their aging casks.

“Freshly emptied South American rum barrels became available at the perfect moment for the project launch. At the same time, cognac casks from France also lit up our screens,” said Codispoti. “We seized the opportunity and kicked off the project with both barrels in mid-2019.” 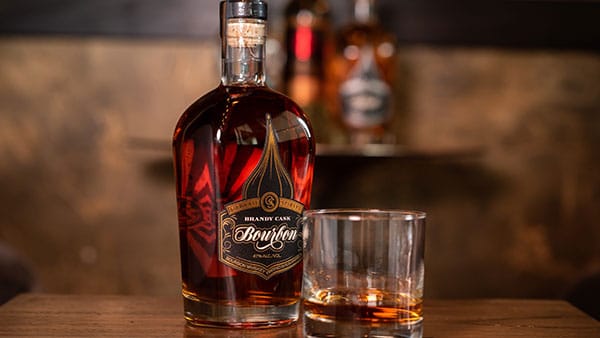 The rum barrels were able to introduce aromas of dark fruits, caramelized sugar and deep spice notes to complement the bourbon. The cognac casks were rich in fruit aroma with undertones of spice from the grape brandy that ages to make cognac. A four-year-old bourbon was selected that contained a higher rye component in the mash bill, believing that the spiciness of the rye would complement the legacy tones of the rum and cognac.

Late in the spring of 2020, the character of the new casked bourbons reached a point of fine balance between traditional bourbon whiskey traits and the newly developed character imparted by the rum and cognac casks. The end result is two distinct new twists on bourbon created by Gervasi Spirits: a Rum Barrel Bourbon consisting of bourbon whiskey finished in South American rum barrels featuring notes of crème brulee, tinged with light spice and barrel tones, and a Brandy Cask Bourbon finished in French Cognac casks displaying spice, dried fruits and blossoms aloft refined oak. Enjoy both of these bourbons alone or with your favorite foods.

Because of the newly developed flavors, these two bourbons will have a broad food pairing capacity. Try pairing with the roasted flavors of meats, such as the Tuscan Short Ribs at The Bistro. Foods with flavors of maple, honey and vanilla will make a flavorful combination, such as the Taleggio Fondue or Bacon Wrapped Chorizo and Manchego Stuffed Dates at The Still House. Sauces can be tailored to these bourbons such as the mango and plum glaze served on the Seared Salmon at The Crush House Wine Bar & Eatery. Light fare with fruits and well-focused deserts can highlight the bourbon. Enjoy with Tiramisu at all Gervasi Vineyard restaurants. 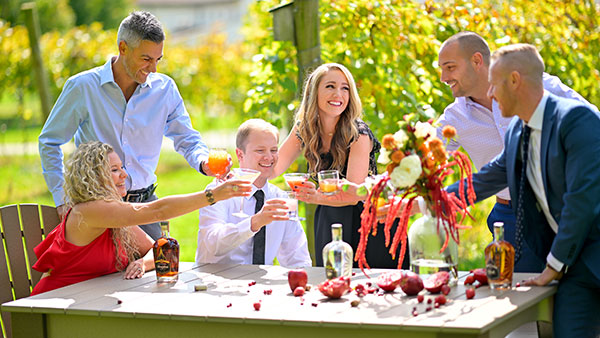 Enjoy these craft bourbons neat starting Monday, October 12. When visiting The Still House at Gervasi Vineyard, sample all of our bourbons: the Wine Barrel Bourbon, Rum Barrel Bourbon, and the Brandy Cask Bourbon. Try an array of handcrafted spirits in a tasting flight–choose any three spirits to sample, accompanied by a salty snack.