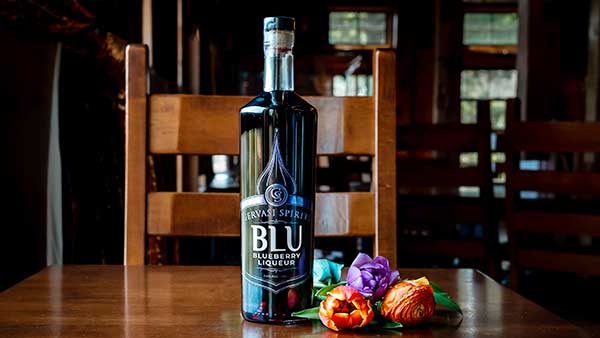 Spring is on its way. It’s the season when Ohioans and others around the country start craving fresh fruit flavors. Blueberry is one of those flavors that spirit enthusiasts at Gervasi Vineyard (GV) love.

GV and Blossom Creek Farm (BCF) have once again partnered together to create a returning seasonal blueberry liqueur, BLU, which is now available for its second year at Gervasi Vineyard.

Demand for BLU was so high last year, production has been increased to try to ensure everyone who loves the blueberry liqueur can stop by GV for a pour.

Gervasi’s head distiller Shae Pridemore said, “This will be the second year we have produced BLU and since we use fresh local blueberries, BLU is seasonal and once it sells out it is gone till next year.”

He continued, “Last year we sold right around 140 cases. With last year’s amazing reception of BLU, we increased production this year more than three times that of last year. While that may seem like a lot, we did sell out very quickly last year and I expect this year will be no different!” 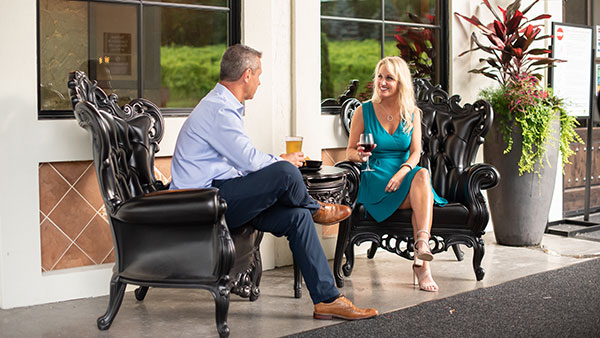 The Taste and Allure of BLU

BLU will be featured neat and in craft cocktails in all GV Destination restaurants (Gervasi Vineyard estate and The Twisted Olive) as well as available for take home purchase by the bottle $39 + tax. Bottles of BLU may be purchased at The Still House, The Crush House and The Marketplace boutique gift shop.

Having a neat pour of BLU or enjoying one of the BLU crafted cocktails while enjoying the sunshine and warm breezes revitalizing the landscape. What better way to shake off the cold long winter and kick of the warmth and joys of spring than with BLU while relaxing at The Still House or dining at The Crush House?

BLU starts out life with fresh local blueberries from Blossom Creek Farm which is just a 20-minute drive from Gervasi. Great care goes into squeezing the blueberries just enough to open them up exposing the delicious juice inside.

GV’s craft Small Batch Vodka is then pumped onto the blueberries where they will macerate, allowing the vodka to naturally extract the essence of the fruit. This is what gives BLU its very fresh and bright flavors of blueberries.

From there, additions of sugar and just enough acid to balance the delicately completes BLU. The liqueur is allowed to rest and develop its final flavors of fresh ripe blueberries and beautiful aromas of spring and summer. 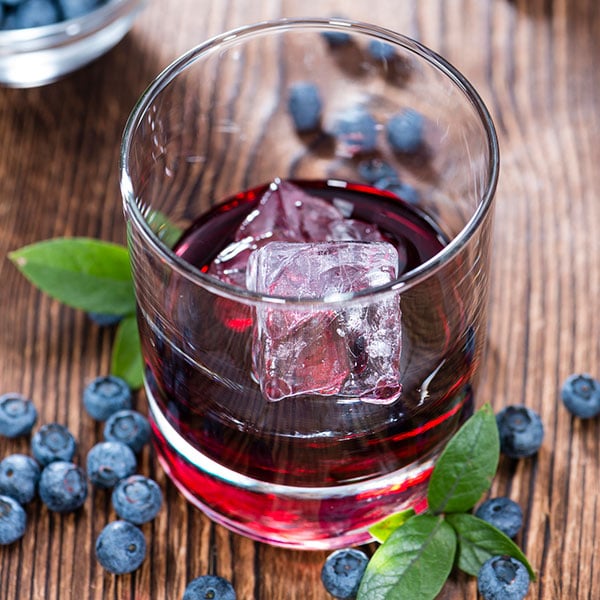 Pridemore believes BLU is so popular because GV always delivers what its customers want and in with the highest quality.

“At Gervasi, we are always striving for the best. Whether it’s in the ingredients we bring in or the service we provide — and BLU is no different. I believe the fresh local blueberries highlighted in our craft liqueur speaks for itself and everything we do here at Gervasi. The Blu Mojito is a huge crowd favorite and one of our featured Blu cocktails that is available at all Gervasi locations,” Pridemore said.

Collaboration for a High Demand BLU

Gervasi Vineyard has always sought out local partnerships because the destination winery resort believes in and love Northeast Ohio communities. BLU was the first liqueur produced in the distillery at Gervasi Vineyard, which opened in December of 2018. It was another way to enhance customer’s celebration of life while visiting GV.

Plus, last year’s production of BLU was the first time GV’s distillery collaborated with a local fruit producer and developed a product that everyone at GV was really excited about. Matthew Moore and Michael Davis, owners of Blossom Creek Farm, liked the idea for producing a blueberry-based beverage and it was on their radar since taking over the farm in 2019. They decided to present the idea to Gervasi Vineyard last summer.

After extensive research, Gervasi’s distillery team suggested producing a blueberry liqueur with BCF’s freshly harvested blueberries, which would have a higher quality taste than fruit wine.

For the inaugural batch, which the distillery team at Gervasi Vineyard used nearly 1,200 lbs. of blueberries from Blossom Creek. The batch produced roughly 1,700 bottles of blueberry liqueur, which was launched to the public in April last year in a special tasting event at Gervasi Vineyard. 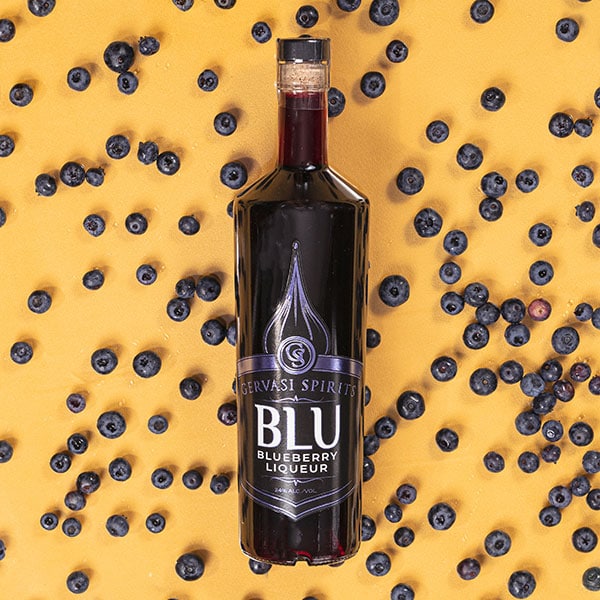 GV Keeps an Eye on the Future

Pridemore explained that a liqueur is a type of liquor/spirit just like vodka or bourbon. What makes a liqueur unique is it is a flavored spirit that is sweetened.

Pridemore said, “For now, this is the only liqueur currently released by Gervasi, but we have more in the works. For the moment, I will keep those a surprise but we are very excited for them to be released in the future!”