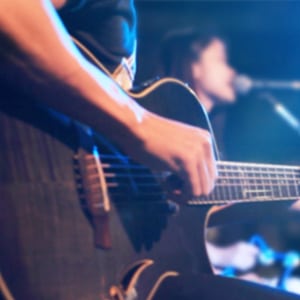 Guitarist/bassist/producer Dave Marchione has been performing music since the age of ten. He has performed with some of America’s top musical artists on various venues throughout the country and his musical contributions have reached a world wide audience through his recordings with artists such as Billy Preston, Keyboardist for The Beatles, The Rolling Stones, Little Richard, etc. R&B Gospel legend Phil Driscol, and Rock Hall of Fame Producer Guitarist Engineer, Jimmy Johnson, founder of Fame Studios And The Mussel Shoals Rhythm Section.