How to Plan an Outdoor Wedding 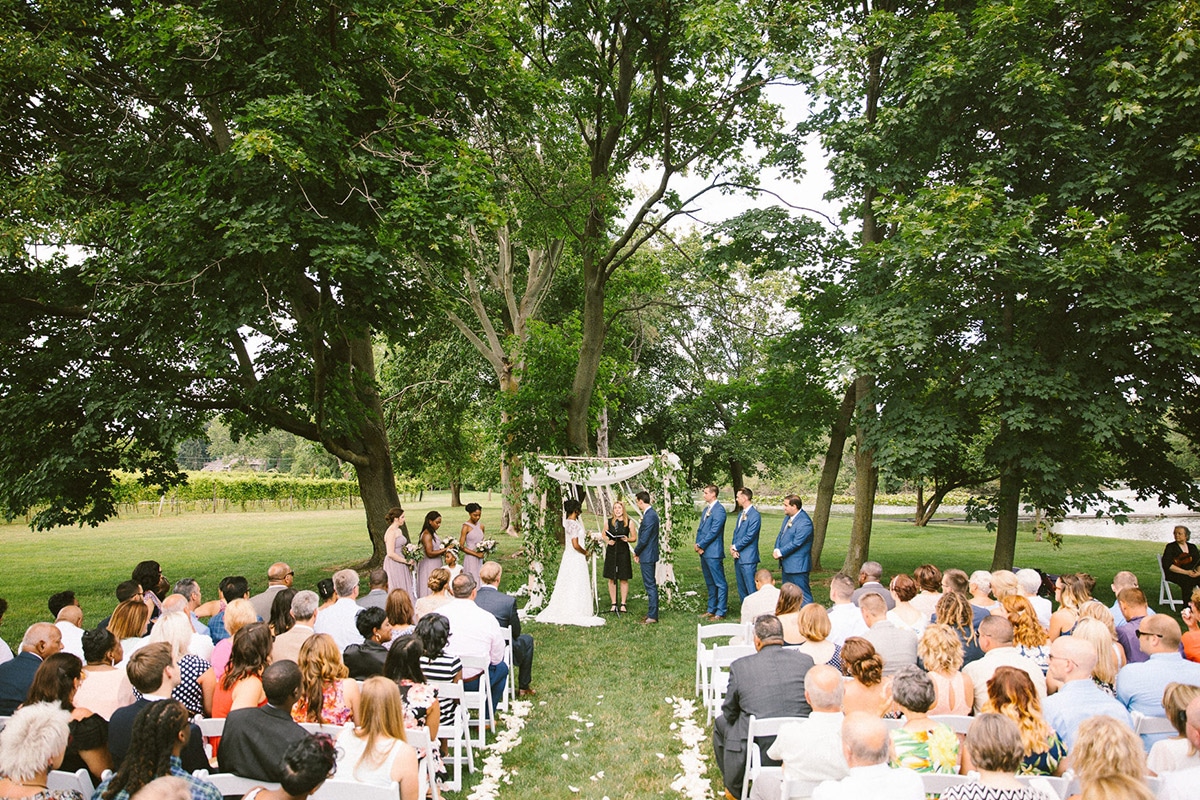 With the right wedding venue and weather, getting married outside adds an element of natural beauty to the ceremony that wouldn’t be possible indoors. Nature can be unpredictable, however, so there’s a little extra planning to be done before the big day. Here are a few things to keep in mind when planning an outdoor wedding.

One of the best ways to ensure a comfortable, pleasant wedding day for everyone attending is to plan ahead for the time of year. Is the wedding taking place in a hot, sunny month? Be sure to have lots of available shade and cold drinks, and maybe set the time for a cooler part of the day. If the wedding is to take place in a colder month, consider adding wind protection and even outdoor heaters. The wedding venue staff will be able to help ensure that everyone is comfortable, no matter the time of year.

Have a Plan B, Just in Case

The weather can be unpredictable, so it’s important to have a backup plan in case things take a turn for the worse. Find out if the wedding venue has an indoor alternative ready to go in the event of rain. It’s also wise to make sure that the catering staff, decorators, sound personnel, and photographers are all prepared to change locations at the last minute if necessary.

If the wedding day is expected to be hot, windy, or humid, the bridal party and guests should have a look that can stand up to the elements. Discuss the weather forecast with hair and makeup professionals before it’s time to get ready so that they can give the bride, groom, and wedding party looks that will keep looking great for the entire ceremony and reception. This also applies to dresses and tuxedos that may be affected by humidity and wind.

Consider celebrating your wedding at Gervasi Vineyard. Our award-winning winery resort is home to some of Ohio’s best dining, shopping, and entertainment for wine lovers and families. Explore our signature outdoor wedding venue, The Pavilion, with seating for up to 300 guests and stunning views of our vineyard. Call us today at 330-497-1000 to learn more about our wedding venues and packages. 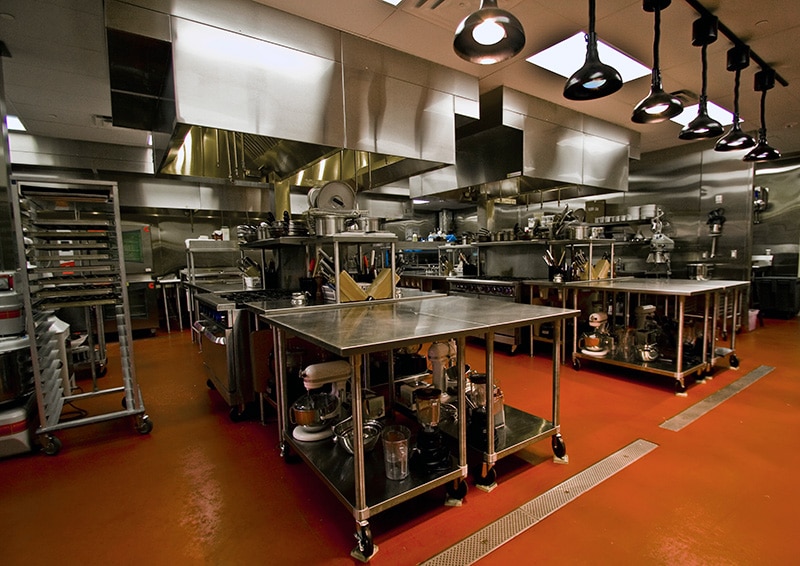 Maybe you’re watching a cooking show or halfway through a mouthwatering meal at a dinner party when it hits you: “One day, I am going to learn how to cook up a meal that will simply amaze my family and friends.”

Well, there’s no need to wait another minute because professional culinary help is as close as Canton’s Tuscan-inspired Gervasi Vineyard.

Housed in the elegant Villa Grande, The Cucina Culinary Education Center offers a wide range of culinary classes for individuals and groups where you’ll learn from top-notch professional chefs in a postcard-perfect setting. Soak up the passion and enjoy the pleasures of sharing great food with friends and family during hands-on, personalized instruction.

Reserve your space in one of a dozen themed classes where you can learn to serve sumptuous sushi, create Korean cuisine, master Mexican meals and even learn to make the finest flatbread. If you’re a fan of the food served at The Crush House at Gervasi Vineyard, sign up and learn how to prepare some of the favorites from this popular contemporary eatery. There’s even a class for gluten-free dishes.

The Gervasi Cucina (Italian for “kitchen”) is a fully stocked, spacious working kitchen surrounded by the vineyard’s luxurious villas. Whether you are a novice or a life-long gourmet, if you enjoy good food, good wine and good times, The Cucina is the perfect place to up your kitchen game.

For a unique and memorable outing, Gervasi Vineyard will work closely with families, friends or businesses to help plan a custom culinary offering including both private culinary classes and cooking demonstrations.

Imagine yourself in a kitchen full of loved ones or colleagues all working together to create a delicious meal in a fun and relaxing setting. Are you planning a friend’s wedding shower? Celebrating a special anniversary? Gervasi Vineyard can also help plan a cooking demonstration tailored to your event and needs.

And finally, for the ultimate in luxury getaways, consider booking a class or two while staying at The Villas boutique inn, just across the courtyard from the Cucina.

Cruise in for fun at Gervasi! 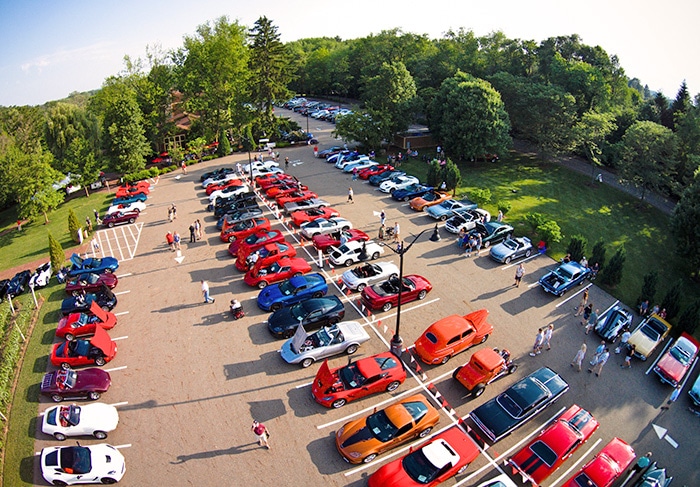 Even The Beach Boys would agree that Chevy “409” sitting there real cool like near Gervasi Lake is, well, fine. But wait; is that a ‘32 Coupe next to the Tuscan Pavilion? And over there, by the vineyard, that has to be the most perfect looking ‘62 Ferrari GTO you’ve ever seen.

Classic car sightings like these and hundreds more are all possible this summer at Gervasi Vineyard’s ongoing weekly car Cruise-Ins held Wednesdays at the vineyard from 5-8pm through September.

At what has to be the most amazingly picturesque place for a car show ever, these casual, fun, family friendly gatherings for car lovers of all ages are free and feature a wide range of cars and trucks from the very old to the not so old. Enjoy the best of both worlds as you wander between fenders while enjoying the surrounding beauty of the vineyard’s grounds and buildings.

Each Cruise-In is sponsored by a different car club featuring American as well as foreign classic cars, but anyone is welcome to add their own classic car to the mix. Weekly door prizes and 50/50 raffles benefiting select charities are part of the mix every week along with food discounts for the first 100 car owners in the showcase lot.

But, just a reminder – do not forget where you are! Yes, those cars are cherry, but just feet from a chrome fender or two is The Piazza patio, the perfect place for dinner and drinks after taking in the four-wheeled sights.

The Piazza offers casual dining in wide open seating in full view of the vineyard’s spring-fed lake. Gervasi’s world-class red and white wines are available on the patio along with craft beers and the fan-favorite sangria. Bocce is played just feet from The Piazza so if you’ve ever wanted to try your hand at this European classic, here’s your chance. After dinner, throw a blanket on the lawn next to the lake and chill as the sun sets once again on Canton’s Italian-inspired oasis of charm, class, good eats and fine drinks.

Additional information and guidelines for GV Cruise-Ins cruisers and visitors can be found here. For more details on The Piazza, click here. 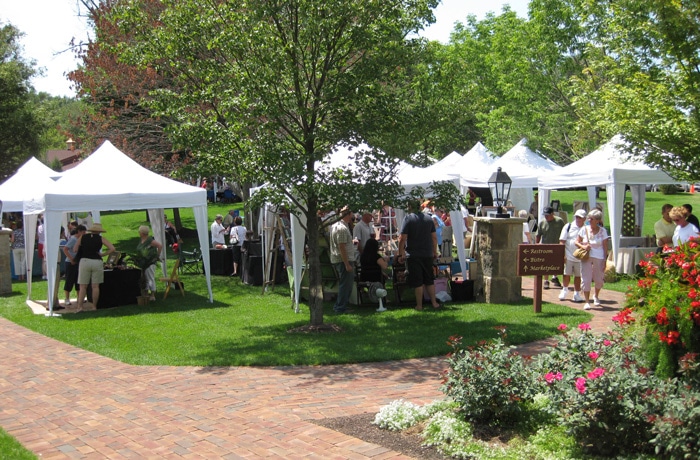 The vineyards and winding paths of The Gervasi Vineyard estate will once again provide the perfect backdrop Sunday as we host our annual Bellissimo Fine Arts and Fine Crafts Show in Canton July 22 from 12-5 pm.

Take a casual summer stroll through our picturesque grounds next to our spring-fed lake where you’ll find on display the passion and product of over 60 artists and artisans in a wide range of mediums including ceramics, fiber, glass, jewelry, painting, photography, sculpture, wood and more.

Free and open to the public, Sunday’s visual arts display is the perfect place to find that special gift for someone or to simply add a one-of-a-kind objet d’art to your own home.

Food vendors will be on hand from The Crooked Kettle, Erin’s Chocolates and Pav’s Gelato along with Gervasi’s own food truck. Beer and Gervasi wines will be available at the expansive and inspiring Tuscan Pavilion. At The Villa Grande and on the adjacent Veranda you’ll be able to sample select Gervasi wines at our beer and wine flight bar.

Canton singer/songwriter Scott Paris will be performing on the Veranda in the afternoon, while Beach Boyz Entertainment DJs will be spinning the tunes at The Crush House.

If you’re new to Gervasi Vineyard, consider joining us on a vineyard and winery tour after you’ve taken in the art show. Tours run from 1-4:30 pm.

Make a day of it and enjoy a meal at one of Gervasi Vineyard’s three distinct restaurants. Reservations are recommended for dining at The Bistro. Reserve a table online or by calling 330.497.1000, option 2 to speak with a host. The Crush House and The Piazza offer first come, first served, hosted seating with more casual dining options.

We’d like to invite you to leave the world behind for a few hours Sunday and step into ours where wine lovers, diners, families, businesses, and tourists come to enjoy the pleasures of wine, food, atmosphere, tradition and service in a picturesque setting of relaxation and fun.

There’s no getting around it – Gervasi Vineyard’s Pavilion, located at the edge of the spring-fed lake, is definitely not your grandfather’s pavilion. Classic and classy in every way, Gervasi’s 4000-plus-square-foot open air pavilion complete with a stucco and stone exterior and interior wood ceilings is the perfect outdoor setting for the vineyard’s 2018 summer Musica Concert Series.

Between June 26 and August 28 concerts featuring regional and nationally known artists and groups will perform just feet from the vineyard’s grape vines and although The Moonlight Seranaders kicked off the series of six concerts, never fear, the wide variety of artists still to come this summer means there’s something for just about everyone’s tastes.

The Tuesday summer series’ next concert is featuring two-time Grammy Award winning jazz keyboard legend Bob James, who’s blend of smooth, classic and fusion jazz has been part of the jazz music scene for the last half century. While James has released over 50 albums, his composition “Angela” – the instrumental theme from the sitcom Taxi – is likely his been known song.

Michigan’s The Backbeats bring the sounds of The Beatles to Canton July 10, where dancing, clapping and laughing will most certainly be encouraged by “John, Paul, George and Ringo” as the band performs songs from the early years when the lads from Liverpool toured the globe.

British international vocalist, entertainer and producer Helen Welch and her trio bring “A Little Brit Different” show to the edge of Gervasi Lake. Welch has performed all over the world with renowned orchestras, released numerous albums and in concert mixes swing, pop, soul and plenty of “cheeky” British humor. Raise of glass of wine as you welcome Welch to Canton!

Georgia singer and songwriter John King brings his own brand of country music to The Pavilion. King’s first Top 40 hit “Tonight Tonight” was heard weekly during the 2014 NFL season on Thursday nights and in 2016 “We Went” garnered the young singer/songwriter’s first number one hit as recorded by Randy Houser.

The timeless music and wacky hi-jinks of Frank, Dean and Sammy close out the 2018 Musica Concert Series. Yes, The Rat Pack is back, featuring Damion Fontaine, Scott Brotherton and Stan Davis who’ll be performing classics from “the day” sprinkled with country and Motown classics. Let the summer sun slip away with a walk down memory lane!

All shows begin at 8pm, so why not make a full night of it by having dinner at one of Gervasi’s three distinct restaurants before the show? Concert details, prices and bookings can be found at gervasivineyard.com.